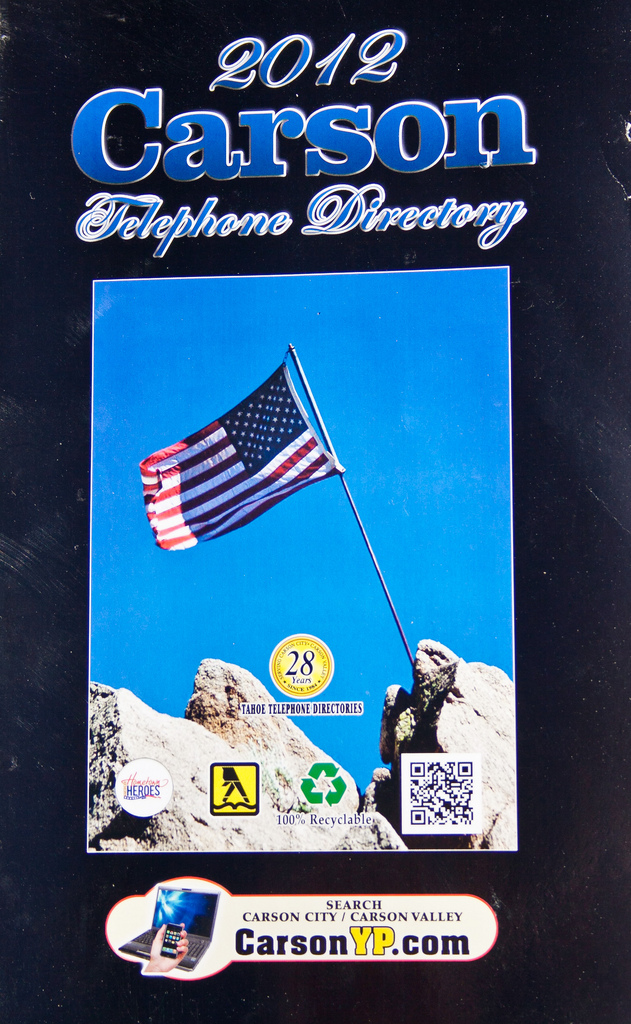 It’s been a very long time since I’ve been excited about a new phone book coming out. I pick up the phone book maybe three times a year, for those few rare things that it does more efficiently than Google. But if there’s one thing that you could do to get me excited about the phone book again, they did it.

They put my photograph on the cover. 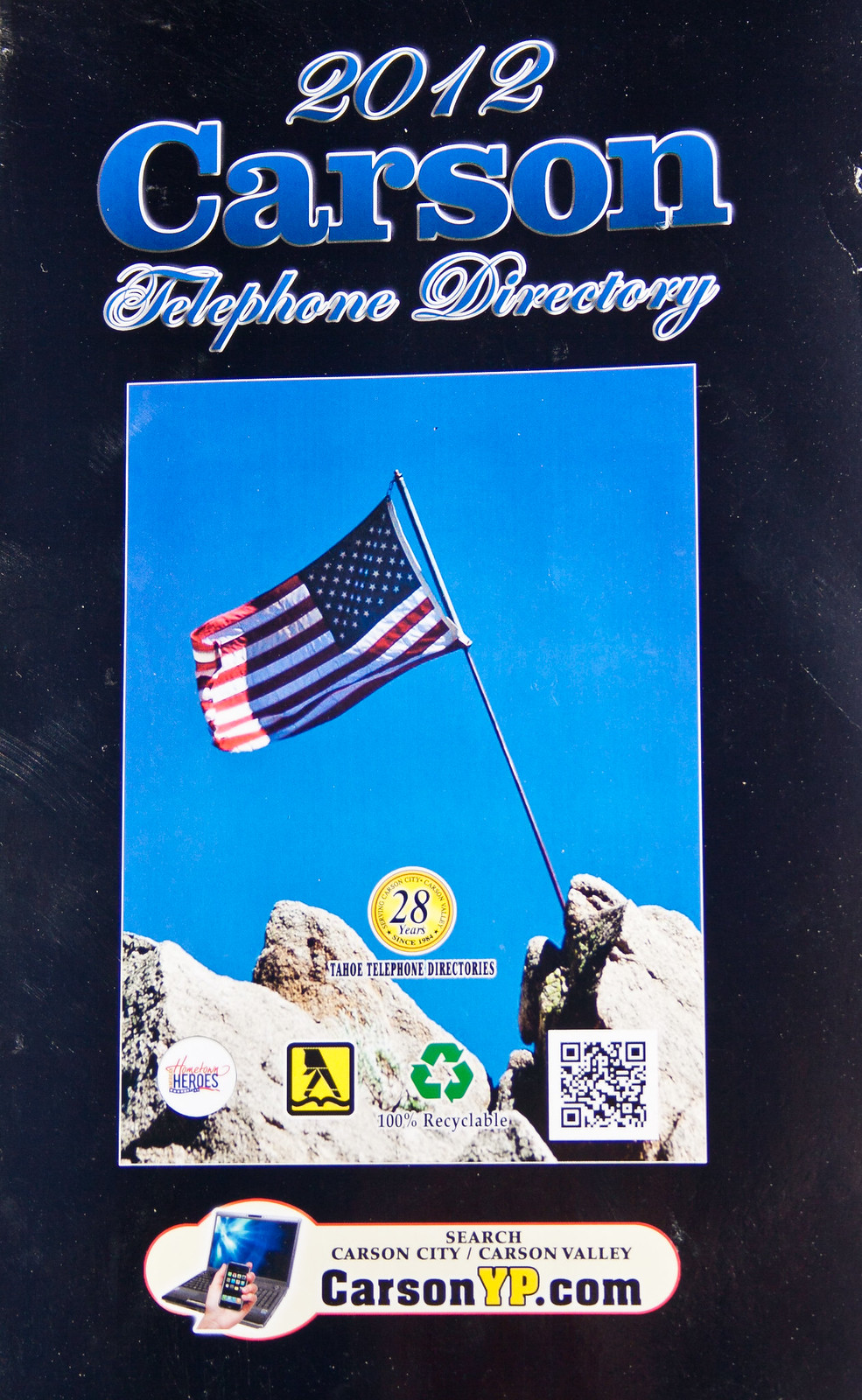 Early last year they reached out to me to submit some photos for consideration. They always try to stick to local photographers, and the work I do here at Around Carson caught their eye. So I went around the area trying to find something that could represent Carson City. I photographed deer running on the west side, I took pictures of the Capitol and the Laxalt Building, I got snow and pogonip and expansive skies. But then I remembered this lonely flag along Hwy 50 heading up to Spooner Summit. Someone put this flag up a few years ago and I always wanted to stop and get a photo, but it’s tough to stop along that stretch of highway. Last winter the flag disappeared and I thought I lost my chance, but when summer came around it came back. So it’s not just some forgotten flag; it’s kept up by somebody. I finally did pull over along the highway and took some photos, mainly to capture an image of the flag in case it ever went away again, but also in the back of my mind I was framing the shots so they would look good on the cover of a phone book. You know, just in case. 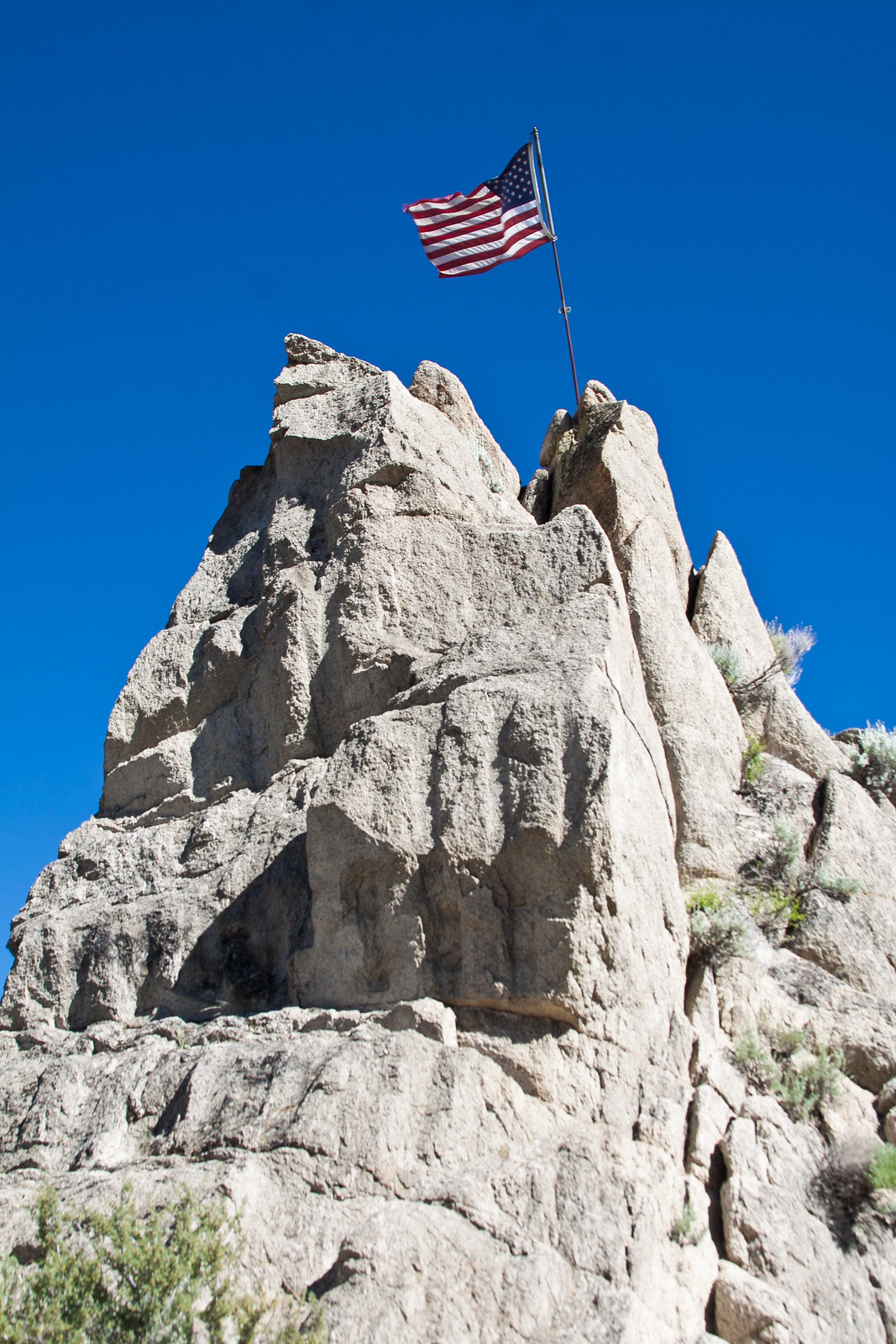 Fast forward a few months, and what do you know, the flag was the one they liked best. I think it works well for a cover photo, much better than last year’s dismal shot, that’s for sure.

← On the Waters of Lake Tahoe
St. Patrick’s Day →